Make a Ball Cap Into A Visor 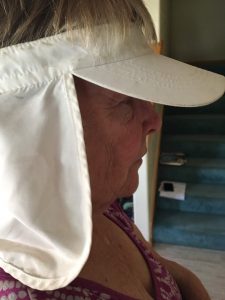 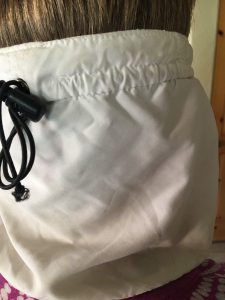 I love Gail Davidson’s ball cap/visor with the havelock drape to protect her ears/neck from the sun. Janet Reichl modified an existing ball cap for her. Instructions are from Janet below.

How to Make a Ball Cap into a Visor 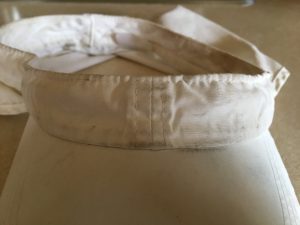 This is an easy project that will work with any ball cap that has an inside band that isn’t too thick to sew through.

Now I hate sewing so I came up with a faster/easier idea, although it doesn’t look nearly so nice. I took a clean handkerchief and a ready-made visor (so I don’t have to cut/sew) and pulled the handkerchief up from the inside and let it  drape down a bit. So far, this has stayed in place and is easy to remove and throw into the washing machine. Janet aptly pointed out that it could blow away so I could put a pin or even add some Velcro (non-sticky part on the band of the visor, sticky part on the cloth handkerchief). If I ever have trouble, I will but so far, even though the visor is slightly large for my head, it seems quite secure.

If you have suggestions for things to make life easier/better for our members, send the information to blog@seniorsoutdoors.org.